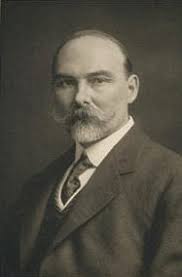 Showing quotes by this author where the primary or secondary subjects are "Christianity, criticisms of".
On the Search page this Subject is located under "Outer Life/Religions, Ways".
[1 of 5] Mead, George R.S. (1863-1933, England): primary subject "Christianity, criticisms of": source "Fragments of a Faith Forgotten"
We have for some short hours been privileged to enjoy converse with those who loved and love the Master. With their words still ringing in our ears, with the life of their love still tingling in our veins, how can we venture to speak ill of them? "Come unto Me, ye weary!" In such a light of love, how shall we find the heart to condemn [the Gnostics], because they went out unto Him with all their being? Reading their words and looking upon their lives, I, for my part, see the brand "Heresy," writ so large upon their horizon for many, disappearing into the dim distance, and instead behold the figure of the Master standing with hands of blessing outstretched above their heads. I do not know why this side of earliest Christianity has been allowed to be forgotten. Doubtless there was a purpose served by its withdrawal; but to-day, at the beginning of the twentieth century, in the greater freedom and wider tolerance we now enjoy, may not the veil again be lifted? The old forms need not return—though surely some of them have enough of beauty! But the old power is there, waiting and watching, ready to clothe itself in new forms, forms more lovely still, if we will but turn to Him who wields the power, as He really is, and not as we limit Him by our sectarian creeds.
How long must it be before we learn that there are as many ways to worship God as there are men on earth? Yet each man still declares: My way is best; mine is the only way.   Or if he does not say it, he thinks it. These things, it is true, transcend our reason; religion is the something in us greater than our reason, and being greater it gives greater satisfaction. To save ourselves we must lose ourselves; though not irrationally, if reason is transcended. If it be true that we have lived for many lives before, in ways how many must we not have worshipped God or failed to do so? How often have we condemned the way we praised before! Intolerant in one faith, equally intolerant in another, condemning our past selves!
What, then, think you of Christ? Must He not be a Master of religion, wise beyond our highest ideals of wisdom? Does He condemn His worshippers because their ways are diverse; does He condemn those who worship His Brethren, who also have taught the Way? As to the rest, what need of any too great precision? Who knows with the intellect enough to decide on all these high subjects for his fellows? Let each follow the Light as he sees it—there is enough for all; so that at last we may see "all things turned into light—sweet, joyous light." These, then, are all my words, except to add, with an ancient Coptic scribe, "O Lord, have mercy on the soul of the sinner who wrote this!"

That the end and aim of the later Egyptian religion, and of all Hellenistic religious circles in general, was a Gnosis, or definite mystical experience in the form of visions and apocalypses, is manifest on all sides; and that this also was the chief interest of very numerous circles in the Early Church is a fundamental fact in the study of Christian origins which should not be impatiently brushed on one side, or minimised almost to extinction as of no real importance, but which should be restored to the first rank in seeking an explanation of the many obscure problems of these early days which no purely objective considerations will solve.
That the General Christian of these days, as of all subsequent centuries, had naturally much to learn in these matters from the trained Mystic, whether of his own faith or of another, is saying nothing to his discredit, for he naturally belonged to the "many" who were striving to become the "few". General Christianity, however, spread so rapidly that the definite cultivation of the spiritual faculties practised by the early contemplatives of the faith soon gave place to a fanatical enthusiasm for a misunderstood monkdom, which swamped the monasteries with a flood of the "many", who were often without any true vocation for the holy life, and not infrequently quite ignorant of the elements of contemplation.

Christianity is the Faith of the Western World—the Faith most suited to it in nature and in form. He who gave that Faith, gave in fullest abundance through many sources; and the greatest sign of His authority, of His authentia, was the throwing open of some part of the age-long secret mystery-teaching to the many without distinction of age, sex, class, caste, colour, or nation, or of instruction. The inner doors of the Temple were thrown wide open to the Amme-ba-aretz ['people of the land']; but the innermost door still remained closed, for it is a door that is not man-made—it opens into the within of things, and not into some inner court of formal instruction. That door still remained naturally closed to the unworthy and unknowing; but no Scribe or Pharisee of the established order of things could any longer keep the key thereof in his selfish hands. The key was given to all, but given still mystically, for it is hidden in the inner nature of each son of man, and if he seek not in himself, searching into the depths of his own nature, he will never find it. That key is the opener of the Gate of the Gnosis, the complement and syzygy and spouse of Faith; the virile husband of the woman-side of the Christ-Religion.
In the early days that Gnosis was given in greatest fullness; Faith there was, Faith in mighty abundance, but there was also Gnosis; and it was because of this Gnosis of not a few that the Faith of the many was so intense. But over these mysterious days, and the inner in-working of the Mystery, a veil has been drawn to hide the holy operations from profane eyes. So that today, these many centuries after, the foolish of the Faith deny there was ever a Gnosis; just as their still more foolish predecessors persecuted the Gnostics of Christ and howled them down as Anti-Christs and First-born Sons of Satan. The natural veil was thus drawn over the too bright light of the Sacred Marriage when Heaven had kissed the Earth once more.

The One Religion flows in the hearts of men and the Light-stream pours its rays into the soil of human nature. The analysis of a religion is therefore an analysis of human-kind. Every great religion has expressions as manifold as the minds and hearts of its adherents. The manifestation of its truth in the life and words of a great sage must differ widely from the feeble reflection of its light which is all the dull intellect and unclean life of the ignorant and immoral can express. It is true that its light and life are free for all; but as there are grades of souls, all at different stages of evolution, how can it be that all can equally reflect that light? How unwise is it then to compare the most enlightened views of one set of religionists with the most ignorant beliefs and most superstitious practices of another set! And yet this is a very favorite pastime with those who seek to gratify themselves with the persuasion that their own faith is superior to that of every other creature. This method will never lead us to a comprehension of true Religion or an understanding of our brother man.
Analyze any of the great religions, and you find the same factors at work, the same problems of human imperfection to be studied, the many who are "called" and the few who are "chosen,"—there are in each religion, as there ever have been, "many Thyrsus-bearers but few Bacchi." To compare the Bacchi of one religion with the Thyrus-bearers of another is mere foolishness. All Hindus, for instance, are not unintelligent worshipers of idols and all Christians fervent imitators of the Christ. If we compare the two at all, let us put the image-adoration of the Roman Church or ikon-worship of the Greek Church alongside of the worship of four-faced Brahma and the rest of the figures of the pantheon; but if we would find the proper parallel to the holy life and the best theology of Christendom, then we must go to the best theology and holiest livers among the Brahmans.

The personality of Jesus, the prophet of the new tidings proved, however, a very difficult problem for the Gnostic doctors, and we can find examples of every shade of opinion among them—from the original Ebionite view that he was simply a good and holy man, to the very antipodes of belief; that he was not only a descent of the Logos of God—a familiar idea to Oriental antiquity —but in deed and in his person very God of very God, a necessity forced upon faith by the boastful spirit of an enthusiasm which sought to transcend the claims of every existing religion.
The person of Jesus was thus made to bear the burden of every possibility of the occult world and every hidden power of human nature.