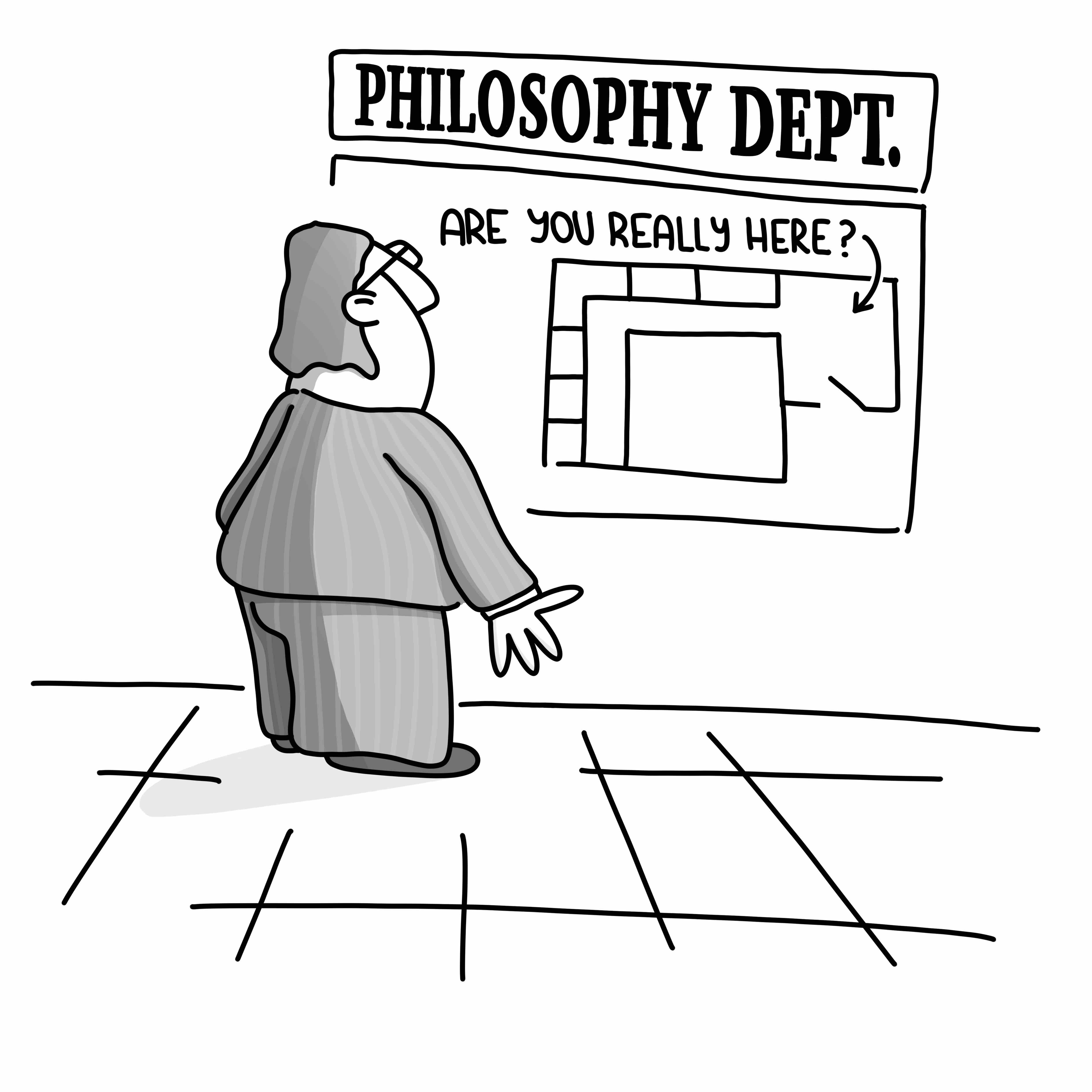 "Reality is a collective hunch." Anon

One comes across many lighter-hearted quips and jibes, humorous but also perceptive, instructive, irreverent, peculiar …

"Comedy is simply a funny way of being serious." Anon

"Humor is the contemplation of the finite from the point of view of the infinite." Christian Morgenstern (1871-1914)

"Many come to bring their clothes to church rather than themselves." Proverb

Epitaphs:
Under the sod and under the trees
Lies the body of Solomon Pease.
He is not here, there's only the pod:
Pease shelled out and went to God.
Barre, Vermont 1880

Death is a debt
By nature due
I've paid my shot
And so must you.
Surrey, New Hampshire 1800

Life is a jest and all things show it
I thought so once, but now I know it.
John Gay (written by himself), 1732

After visiting a Puritan family:
"I endeavored in vain to give them more cheerful ideas of religion, to teach them, that God is not a jealous, childish, merciless tyrant; that he is best served by a regular tenor of good actions — not by bad singing, ill-composed prayers and eternal apprehensions. But the luxury of false religion is to be unhappy. …
The observances of the Church concerning feasts and fasts are tolerably well kept upon the whole, since the rich keep the feasts and the poor the fasts. …
Benevolence is a natural instinct of the human mind. When A sees B in grievous distress, his conscience always urges him to entreat C to help him."
Sydney Smith (1771-1845)

"Eternity is a very long time, especially toward the end." Woody Allen (1935-)

Science and Philosophy
The Microbe is so very small
You cannot make him out at all,
But many sanguine people hope
To see him through a microscope.
His jointed tongue that lies beneath
A hundred curious rows of teeth;
His seven tufted tails with lots
Of lovely pink and purple spots,
On each of which a pattern stands,
Composed of forty separate bands;
His eyebrows of a tender green;
All these have never yet been seen —
But Scientists, who ought to know,
Assure us that they must be so 
Oh! let us never, never doubt
What nobody is sure about!
Hilaire Belloc (1870-1953)

"There is nothing so absurd but it may be said by a philosopher." Cicero

"If you sit down a mere philosopher, you will rise almost an atheist." Proverb

"An atheist is one point beyond the devil." Anon

"We must believe in free will—we have no choice." Isaac Bashevis Singer

"Why bother about the future? Has the future ever bothered about us?" Mark Twain

Life and the Rest of It

"If you think you are too small to make a difference, try sleeping in a closed room with a mosquito." African Proverb

"Experience is what you get when looking for something else." Anon; or:
"Life is what happens to you while you are busy making other plans." John Lennon (1940-1980)

"Truth is shorter than fiction." Anon

"Neither an egg nor an ego is any good until you break it." Anon

"A chip on the shoulder is a good indication of wood higher up." Anon

"Ignorance doesn't kill you, but it makes you sweat a lot." Haitian Proverb

"Enjoy the good times in life because the roof can cave in at any time." Anon

"If you want to gain a reputation for eccentricity and to be universally dreaded, blurt out the plain truth on all occasions." Anon

"Live your life so that even the undertaker will be sorry when you die." Anon

"The presence of wisdom is not always suitable: One sometimes must with others play the fool." Menander (c.342 - c.292 BC)

"My life has been full of terrible misfortunes most of which never happened." Montaigne (1533-1592)

"The reason why borrowed books are so seldom returned to their owners is, that it is much easier to retain the books than what is in them." Montaigne (1533-1592)
'Tis an old maxim in the schools
That flattery's the food of fools;
Yet now and then your men of wit
Will condescend to take a bit.
Jonathan Swift (1667-1745)

"If you try to cleanse others — just like soap, you will waste away in the process!" African Proverb

"When we remember we are all mad, the mysteries of life disappear and life stands explained." Mark Twain (1835-1910)

"Keep calm, and you will get karma."